The Book Of Job 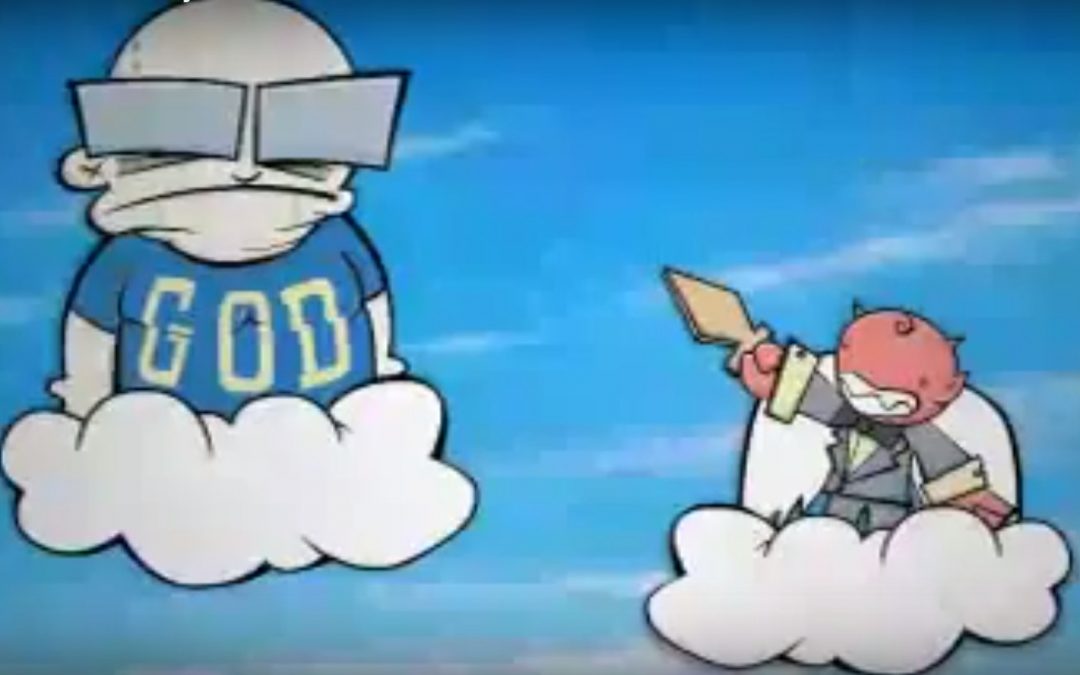 I hope that someday I am a part of a church where this video is an acceptable learn tool. 🙂

So I talked about Job today…

Well one of, Job’s problems was that he had watched too much television!
That’s why he “knew,” he just knew, that if you only did religion right it had to pay off.

Act right, believe right, and success will be yours.
If he was good and he would get the goodies.

He’d heard it over and over again from all those TV preachers with the slick hair and the designer suits, who themselves oozed success from every pore, so it had to be true.

Modern preachers of the gospel of success didn’t invent this idea, of course.
It has been the essence of religion since the beginning of human history.

What is often referred to as prosperity gospel of our day and
has been present in every age, says that God is our cosmic bell hop.

We are always tempted to oversimplify God and our faith into the formula that:
“The good and righteous people shall prosper, be blessed and protected by God; while the wicked and sinful people shall be punished by God and suffer.”

The Book of Job was, I think, written to debunk such an oversimplified view of God and faith.

God is far more complicated than that, and so is faith.
God, in addition to being closer to us than we ourselves is also the Wholly Other God, the Transcendent One who is shrouded in mystery and far beyond human comprehension.

This kind of understanding says that: Like it or not, God or the gods run the show, and they are, basically greedy, and need to be appeased through offerings of various kinds….

Thus religion exists to appease God or the gods. And if we do it well enough, God, like the abusive parent, will make nice for a while and let us win the lottery called life.

Faith and religion and little more than a cause and effect gamble.

Really it is not very surprising, I suppose, it is there because it’s so deep within us.

Children arrange their teddy bears on the bed just so in order to keep the monsters safely in the closet.
Teenagers adopt whatever fads their decade dictates to appease the gods of popularity.

And grown men wear their baseball caps upside down betting it will guarantee their team a win.
We have lots of superstitions that don’t make sense… doesn’t we.
Some people put a lot of stock into them don’t they…

Deadly, because it ties us up in desperate attempts to make ourselves acceptable to a let’s-make-a-deal god who doesn’t exist, thus it is cutting us off from the waiting God who does and who mourns our absence at the family feast prepared for all his children.

And it’s the religion that is supported, in sometimes trivial ways and sometimes very sophisticated ones, by Job’s friends whose dialogues comprise the main part of this book.

On way to look at the all of the Bible, is the story of God’s 4000+ year quest to wean humanity from this understanding.
And Job describes this dilemma as fully as any biblical book.

Job had a problem, not the obvious one….
but his problem was that the religion Job was raised in,
had faith in wasn’t working.
Job had in fact done everything right, but he was nevertheless thrown into a meat grinder existence that reduced his once happy and prosperous life to a bloody and unrecognizable mess.

Everything gone, Job now sits in the ash heap of his life and wonders why.

His so-called friends assure him that the fault has to be his,
they tell him God does, in fact,
run a you-get-what-you-deserve universe.

And they told him he just needed to: Try harder!
He must have done something wrong…

The trouble is there’s just enough truth in all this to make it seductive.

Because often we do reap what we sow… as it were.
Good acts often do have good consequences;
evil acts do have negative consequences.

We are our own worst enemies;
and most of us could do a lot better if we tried.

All that is true.
The problem comes when we try to use it as a bargaining chip with the Almighty.