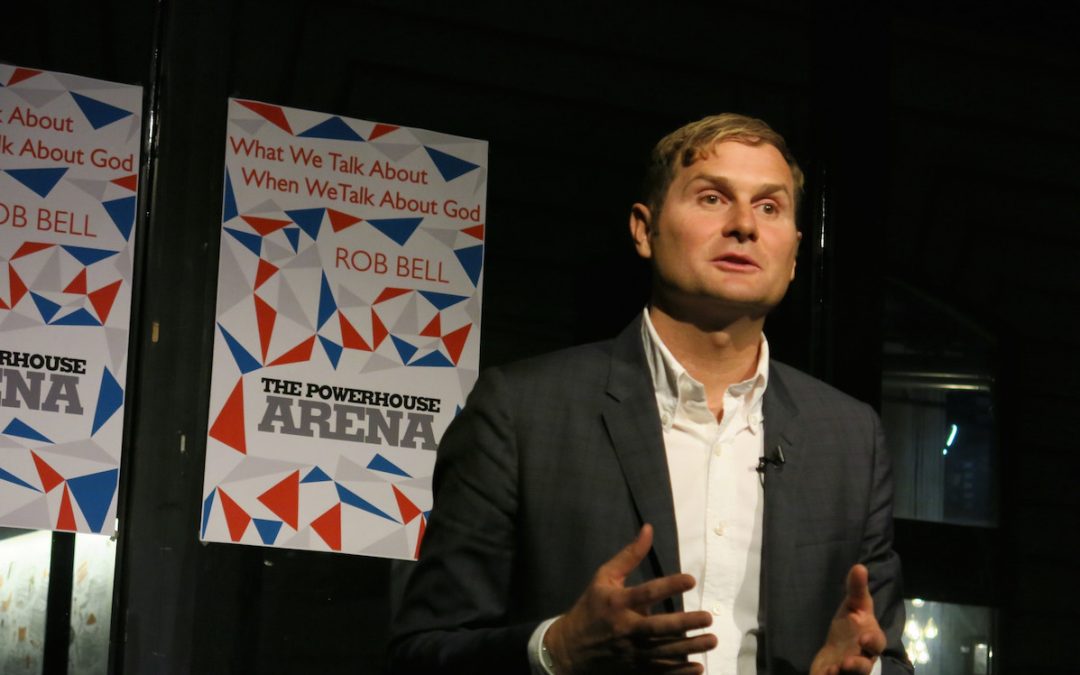 On Tuesday, July 23, 2012, bestselling author and international teacher and speaker Rob Bell appeared at The Viper Room in West Hollywood, California, for a live event called “Still Painting.” The event was attended by 75+ people and also livestreamed to 1,500+ viewers around the world (which included me).  Bell’s publisher HarperOne put on the event to promote its re-release of Bell’s earlier books with new matching cover designs, as well as to announce that Bell’s next book What We Talk About When We Talk About God will be coming out in March 2013.

Talk Description: “Still Painting is a night of storytelling with Rob Bell. Many people have asked him, “What’s next?” Rob will answer this question with stories: He may talk about the time he dressed-up like a sheriff and it backfired. Or maybe the time he had a brain infection. Or an anecdote from writing Velvet Elvis. Or, possibly, he’ll share how sitting next to a stranger at dinner changed the direction of his life. He loves to tell these stories because they’re humiliating and painful and funny. These are the moments when it appeared that everything had fallen apart. The moments when he thought he’d lost all control. What he learned is that these moments not only belong in our lives, but they’re absolutely necessary for us to become who we truly are. And so we hunt and explore and discover. It’s all just part of it. We have to keep painting….”