The missional living concept is rooted in the Missio dei, which means “the sending of God” in Latin. 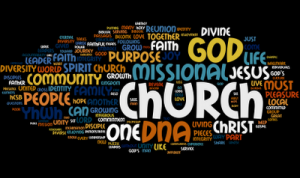 “Missional then, no matter what noun it is modifying, must qualify the meaning of that noun by referencing God’s mission as defined by Scripture. More specifically, missional limits any noun that it modifies to the temporary mission task of the Church to make disciples of all ta ethne for God’s glory and worship … Therefore, a local church is missional when it intentionally pursues God’s mission for His glory among all peoples by following His patterns and His ways of expanding His kingdom.”

According to Lesslie Newbigin and Jesus’ statements in the Gospel according to John, every Christian has been sent by Jesus with the gospel together in community to those in the surrounding culture for the sake of the King and His kingdom: “The Church is sent into the world to continue that which he came to do, in the power of the same Spirit, reconciling people to God.”[4] Jesus said, “As the Father has sent Me, I am sending you” (John 20:21).